Studies have shown that plants, specific ones can absorb radiation in the environment like the EMFs we have around us. They can’t totally defend against EMFs they just mitigate it through absorption. They can help make your home look nicer while providing a healthier environment with less EMFs too. How do plants help with radiation? Plants act like an air filter. They naturally convert CO2(carbon dioxide) into clean oxygen just like new. There are also theories that some plants work to retain or filter radiation, leaving cleaner air around it as well. Live plants are effective to filtering out dangerous gases in the air like formaldehyde and carbon monoxide from the air. With the EMFs you want to put them in between you and the devices that are emitting EMFs. So let’s get right into it now. 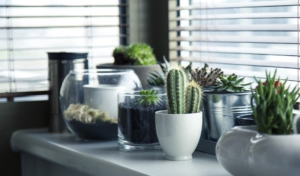 Cacti are one of the plants that can be used against EMF radiation. In fact NASA did a home study and discovered that 5 plants commonly planted at your common office or at home can greatly absorb EMF radiation from devices like cell phones, laptops, tablets, and computers and cactus was on that list. Cactus can be used for a vast amount of radioactivity and it’s not hard to maintain and grow since they do thrive in arid environments anyways. If your interested in growing cactus you can choose seeds or from a cutting off of the original cactus a significant part from the original plant. Use cactus-friendly soil, like the soil from deserts or arid areas. Put it in two inch deep soil and mist the soil, don’t flood it and put it in a bright area. Make sure only watering it twice per month not any more. Cacti plants like this one are great for indoor. 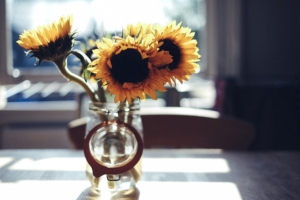 Sunflowers have been tested and proved to be one of the best naturally absorbing of radiation. Tons of sunflowers have been planted all over heavily affected areas with radiation. At the Chernobyl site there are sunflowers planted to help clean the radiation and emissions from the area. Sunflowers are primarily an outdoor plant, but it can be planted indoors as well. To grow sunflowers space the seeds in shallow trenches with sandy soils. It can be several inches between each other in deep enough soil up to two inches. Water them regularly and they will sprout in about a week or so time. Make sure to put about 24 inches of space once you can see the second pair of leaves. It is best to buy these as sunflower seeds and then let them grow. Sunflowers only grow for one season. 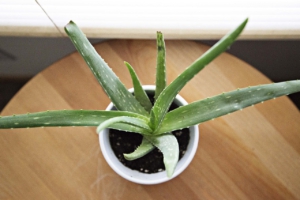 Aloe Vera is one of the better plants that can absorb radiation or EMF emissions along with its medicinal value as a bonus. Just like all plants, it also helps clean and purify the air via photosynthesis absorbing CO2 while giving out clean oxygen simultaneously. Its actually not hard to grow along with being nice to be around. A great combining to make an excellent houseplant. Be aware of the water you give to this plant. Excess water can cause withering leaves or root rot that’s not a good thing. You want it to be around sunlight but not directly in it. Use small aloe vera plants for the windowsill because the large species can be very prickly.

How to shield WiFi radiation?

How to shield WiFi radiation if your neighbour has WiFi? First, WiFi fields NEED a protection from 40db.That’s a minimum. It’s necessary to ensure protection. The Nasafes emf protection fabric have a shielding effectiveness of 55 – 75 db and can protect to 99%. But, you need to know, WiFi routers scatter the radiation. The […]

How to protect astronauts from space radiation

Protecting Astronauts From Solar Radiation Mankind has been to the moon and back! Our next quest is to travel to Mars. But in order to prepare for the trip back to Mars we must get back to the moon. Flights to the moon will allow us to test out our methods to block SEP’s which […]