Insights into the Russian Space Center 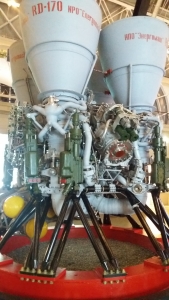 Russia is actively involved in space travel. Several hundred million dollars are invested annually in space travel. NASAFES have opened the doors and allowed small insights into the space center.

What are the goals of the Russian Space Program?

As an informant tells tests on life in space are carried out. Material samples are also carried out in space.

During the 1.5 hour excursion, we met a total of 10 security officials who critically observed our actions. Surprisingly, photos were allowed in most places. There were many technical devices available, such as visualizing ultraviolet light or calculating planetary weight.

In addition, we were allowed to climb into a simulator to train Atronauts. Not about starting from the earth, but navigating and landing on the moon was played here. How far Russian space travel really works on a jet that can be controlled like a helicopter is irresolute.

Fact is, you do not sit here in a sluggish capsule, but in a dynamically navigable superjet. In space. Images were not allowed during the simulation. Likewise, we could not take pictures of the simulators themselves. however, there were 4 capsules that had outside mounts and were controlled by analysts.

Conclusion to the cure insight into the Russian space

We believe the Russians are still developing as they admit. Simulators training how to communicate with extraterrestrial intelligences give some insight into which projects are being worked on. The simulator capsules also reflect the technical standards.

We can look forward to seeing what technical achievements the Russians will produce in the next few years. One thing is certain, the Russians do not technically lag behind.

21 seconds of the screen in the control room

If you are preparing a school project, or your university has the topic of space travel, then it is worthwhile to invite an astronaut or speaker.