5G is nearly here and there are safety concerns be considered. 5G will deliver 20 times the speed of 4G Networks. This allows you to receive information nearly in real time with an estimated one millisecond of lag, an amazing one to three hundred times faster than estimated human reaction. 5G is said to run on two different kinds of Airwaves, below and above 6 GHz. The 5G expectation of their encoding system called OFDM, is to reach higher speeds and to achieve a higher capacity per sector in Internet and digital capability. 5G Network increases the capacity over four times what systems are for now as 5G has greater leveraging power and wider bandwidth in their advanced antenna technology. 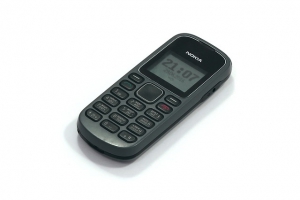 Who still remembers these cell phones?

5G is very impressive. There was 1G analog cellular. 2G gave us the ability to send text. Then 3G that allowed for the web and 4G the speed that we currently run at. Now we’ve made it to 5G, fast enough to trust with the future of mass transit, vehicles that are self aware and aware of each other, drones watering acreage of farmland and assembly lines of robots that can monitor each other’s movements. Unfortunately while the benefits of 5G are being held in such high regard as the future of technology, there is still no mention of the possibility of side effects from harmful radiation,and still no word from the FCC to remove speculation from such a Negative light. 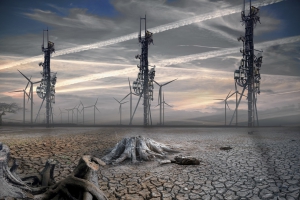 We should hope that 5G will vastly improve our Lives in every area but the evidence just isn’t there. EMF radiation according to research study is said to heat the skin tissue as well as create changes in the temperature. Biochemist dr. Martin Paul had this to say about the dangers of 5G “ by activating channels in the membrane that surrounds each of our cells all the voltage-gated calcium channels (vgccs), the EMF’s cook, Force voltage sensors that controls the VGCC’s to about 7.2 million times greater than the focus on other charged groups in our cells“. 5G is basically mapped to have caused the activation of these VGCCs producing a severe impact on health from this rapid absorption of a radioactive material in the body. Currently the plan for 5G is to erect 200 times the number of antenna then are required for 4 G network.

A research study conducted by physicist Bill P Curry that it was a ” likely to be” a serious health hazard”, establishing his findings as” microwave absorption in brain tissue” also known as grey matter. The frequency of a wireless signal required for computer networking could be observed by examination to cause the brain to reach dangerous radiation levels. Still 5G fifth generation wireless towers are still being built across the country without enough evidence to suggest that the radiation levels will be safe ever if at all. Is 5G worth the potential risk and costs involved considering it has been under investigation by scientists and proven according to their level of expertise to be dangerous and potentially harmful on our society and future generations?

World’s First 5G Protection Wallpaper Technology, a crucial element of our industrialized world, has fostered growth in almost all sectors of society – from hospitals to transportation to manufacturing. However, these necessary advancements come with a cost. One of the most significant threats of technology is that of radiation, a force that is fundamental to […]