Technology, a crucial element of our industrialized world, has fostered growth in almost all sectors of society – from hospitals to transportation to manufacturing. However, these necessary advancements come with a cost. One of the most significant threats of technology is that of radiation, a force that is fundamental to our modern systems of communication. More specifically, this convenience relies on electromagnetic radiation, which represents everything from visible light to X-rays. More recently, 5G technology has been on the rise – and it is expected to become the next wireless standard for cellular communication.

We are proud to present the world’s first 5G shielding wallpaper, which will ensure that your living space is safe – without compromising style.

We are entering a world where exposure to radiation is both inevitable and largely unrealized. Its invisible waves are one of the environmental threats of our new reality. Experts continue to study the effects of these volatile emissions, and while this is still a relatively new field of research, it can be concluded that electromagnetic radiation – particularly the strength of 5G technology and its uses – is not safe.

While its possible threats to our health and safety are still under investigation, preventive measures can be taken to dampen – and even eliminate – the dangers of 5G radiation exposure. Radiation shielding products are a relatively new invention, but NASAFES has worked hard to provide powerful and practical protection from these harmful rays.

This wallpaper is soon available for purchase. Don’t wait; after all, prevention is the best medicine.

What is 5G and Why Should I Care?

Electromagnetic radiation is the transmission of energy at the speed of light through electric or magnetic fields, also called free space. It encompasses the varying progressive portions, or intensities, from a static field to gamma radiation. 5G radiation falls on the electromagnetic spectrum between microwave and terahertz waves (30 – 100 GHz), the latter of which lie on the brink of the infrared category.

Electromagnetic radiation (pure energy with no mass, unlike particle radiation which has both) occurs in one of two ways: through production or absorption. The first category includes a broad and consistent spectrum of frequencies. An example of this is the sun, which produces a steady flow of radiation at an extensive range of intensities. The second category describes oscillating systems of radiation, such as a radio antenna, which absorb and emit frequencies from other systems.

5G radiation falls under the subcategory of RF (radiofrequency) radiation. The FDA describes it as a form of electromagnetic energy in which electric and magnetic waves flow in unison through space. This type of radiation can be further subdivided into either ionizing or non-ionizing intensities. Radio waves with ionizing potential are those with very high frequencies, such as X-rays and gamma rays. On the other hand, non-ionizing waves are not as intense (and not as likely to cause radiation-induced disorders such as cancer).

However, this does not mean that 5G is not dangerous in its own right. After all, there is some risk involved within every portion of the electromagnetic spectrum, and 5G waves fall toward the high end of frequency intensities. Furthermore, many cellular carriers are starting to implement 5G into their products as a new wireless standard. This will make 5G a prevalent radiation source and an ever-present issue to consider, especially as it relates to our health and well-being.

While studies have not found a link between cellular radiation and damaging effects such as brain tumors, such investigations are ongoing and inconclusive. The condition known as electromagnetic hypersensitivity (EHS) is not considered a medical diagnosis, but this does not negate the reports of people who have experienced this type of sensitivity.

Individuals claiming to suffer from EHS have reported ailments such as redness, tingling, fatigue, concentration difficulties, nausea, and digestive disturbances. These symptoms resemble multiple chemical sensitivities (MCS), a condition associated with exposure to synthetic chemicals. Thus, while EHS does not have much scientific backing (mostly because the symptoms are nonspecific and the cases hard to track), it is far from being disproved. It is hardly a stretch to concede that electromagnetic radiation, like manufactured chemicals, is inherently dangerous to live organisms.

The 5G threat is all around us – not just through our mobile devices. Electromagnetic field (EMF) sources include the radiation waves associated with computers, cell phones, base stations, and other electronic devices. Symptoms of EHS tend to vary widely in severity and intensity, which has made them difficult to allocate to a single cause. However, according to the German Federal Office for Radiation Protection, radiation is known to cause a slight increase in body temperature. If this effect is already linked to radiation in general, then the higher its intensity, the more detrimental it will be.

Furthermore, the growing prevalence of electromagnetic radiation sources – especially the rise of 5G and its implementation in everyday technology – is a real concern, and the inherent hazards of its molecular properties should not be taken lightly. 5G creates a faster transmission of data than its predecessor 4G (also known as LTE), but in the process, it emits a higher intensity of radioactive energy. The strength of radiation necessary for 5G technology is already used in airport body scanners and radars used to measure car distance. Ultimately, 5G exposes individuals to a level of radiation that, while considered non-ionizing and thus relatively benign, comes with a significantly higher risk factor than its former intensities.

Fortunately, there is a way to protect yourself and your loved ones from 5G radiation exposure. NASAFES has spent months researching effective shielding to mitigate the threat of electromagnetic currents and the rise of 5G technology. We have extensively studied the science of radiation and the electromagnetic field to understand how these rays work – and how they can be combated and effectively blocked.

These efforts have resulted in the very first 5G shielding wallpaper, which is designed to provide powerful and effective protection from electromagnetic transmissions. This revolutionary product will provide more than just protection – it will give you peace of mind.

Style of the wallpaper

Created with a special 5G protection fabric, this wallpaper is not only effective but aesthetic. The surface material is a crisp white, facilitating easy and eye-pleasing color coordination in every room. This versatile wallpaper provides more than just protective shielding – it enhances the colors and vibrancy of the room, providing a fresh balm that diffuses stress and inspires creativity. The peaceful effect of this wallpaper is double fold: while providing powerful protection against 5G waves, it also facilitates a comfortable living space – and you may even forget about its shielding purpose as it melts into the background. 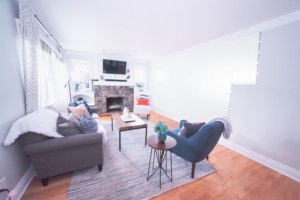 This protective wallpaper is self-adhesive, making it easy and straightforward to install. The wallpaper material is organized into neat, manageable rolls measuring 19.6 inches wide and 16.4 feet long. This is more convenient than other wallpaper sizes, whose vast breadth makes the installation process unnecessarily difficult and clumsy. Rather, this shielding wallpaper can easily adhere to any wall surface for a precise and uniform finish. In conjunction with the provided installation kit, the wallpaper will be securely grounded. The ease and convenience of this wallpaper make it a competitive choice – not only among radiation shielding products but in the world of interior design. 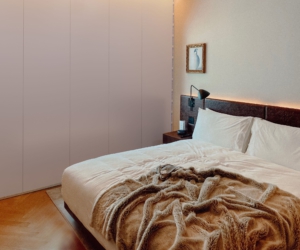 The Wallpaper Layers, including NASAFES 5G® BLACK, was designed and produced by NASAFES and laminated in Germany using a special process.. It was created with the best materials to enhance both appearance and purpose. Most importantly, the protection offered by this smooth, clean wallpaper does not come at the price of style.

It will suit any living space, foster a bright and cheerful atmosphere, and complement any color scheme or style of furniture. Easily reflecting visible light in the presence of a window, the material of this wallpaper will keep any room illuminated – so there is no need to use other lighting methods for the daytime hours.

The effectiveness is phenomenal

This wallpaper features a secret black shielding material with aluminum to effectively block 5G radiation. Aluminum is one of the most powerful elements for deflecting radioactive energy. It is used in research reactor components, nuclear batteries, and spacecraft. It has even been proposed as a solution for safely storing nuclear waste.

The long-term stability of aluminum makes it an especially effective material for protective wallpaper (or any products created to block radiation). Aluminum is a metal containing carbon nanotubes, which are evenly dispersed to form a strong and durable substance. Although they occupy less than 2 percent of the metal’s volume, these particles create a strong defense system against radiation and its effects.

When exposed to radiation, the element absorbs helium. From a microscopic view, this corrosive intruder appears in tiny bubbles that start to eat away at the metal. However, aluminum has a natural safety mechanism in place to prevent long-term damage: the nanotubes form to create pathways that transport the helium out of the aluminum, preventing further corrosion.

Over time, with repeated radiation exposure, the nanotubes morph chemically into carbides. However, they still maintain the same shape and function. In fact, the longer aluminum is exposed to radiation, the less brittle it becomes – as if the nanotubes are strengthened by the sustained exposure and the defensive purging action required to combat it.

Ultimately, NASAFES 5G® BLACK is an extremely effective shield for electromagnetic waves and other types of radiation. It has taken countless tests and trials to create the best composition that ensures high conductivity and absorption. The result is a fabric that we affectionately call NASAFES 5G® BLACK. The mysterious material arises as a result of the oil refinery. It has excellent absorption properties and electrical conductivity. We have mixed this wonder weapon against 5G with copper and nickel to create a Super B shielding material. As a conductor of electricity, this amazingly durable material forms an invincible barrier – through the nano composition described above – that completely blocks the flow of high frequencies.

This powerful elements are tactfully woven into the material of the protective wallpaper, providing a powerful and indestructible shielding mechanism against 5G radiation and more. With its sleek finish, this wallpaper couples supreme safety with luxurious style.

This sophisticated and powerful 5G protection wallpaper is not just a luxury but a necessity. With the swift advances in technology – and the newfound uses for higher levels and intensities of electromagnetic radiation – protection is more crucial than ever before.

While 5G radiation and the effects of radioactive energy are still under research, there is no reason to delay the implementation of safety precautions and preventive measures. Electromagnetic hypersensitivity, while not a medical diagnosis, is not a myth – and it may affect more people than realized.

At the end of the day, it is more beneficial to take steps for mitigating radiation exposure than to ignore its possible effects – whether they are scientifically proven or not. Most importantly, we must realize that this is still a new and growing field of research, and it will remain such as long as technology continues to advance.

5G radiation is a relatively new development in the world of cellular communication, but as its presence grows, it will continue to threaten our health and safety. More than ever before, our world is dependent on these technological advancements for effective communication on an international scale – unfortunately, at the possible expense of our health. However, it is not a force to be feared; NASAFES has you covered with the very first 5G blocking wallpaper that will protect you, your family, and your peace.

To 5G or to not 5G, that is the question. 5G is on the way! 5G is nearly here and there are safety concerns be considered. 5G will deliver 20 times the speed of 4G Networks. This allows you to receive information nearly in real time with an estimated one millisecond of lag, an amazing […]